Evelina with baby and her mother Adela Schwarzschild 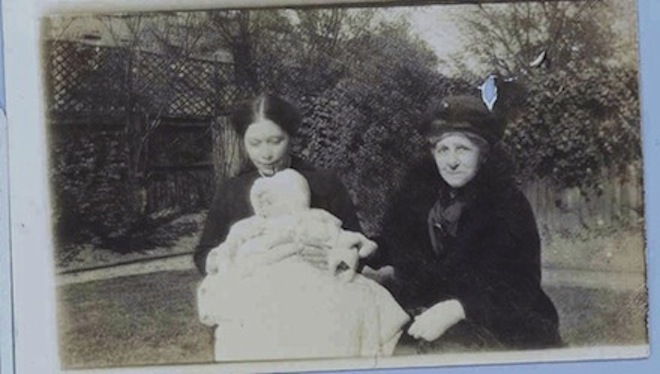 … she had one leg shorter than the other, and they used to tell her, my grandmother used to tell her, that the nurse had dropped her. The house where they lived, I don’t know if you know that area, near Notting Hill Gate, but the houses have got lots of steps up, and she was told, that when she was a baby, the nanny had dropped her on the stairs and she had broken her leg. This is only what we were told, but when she was older, they suggested operating, but of course in those days operating theatres were all very new and everything, and they wouldn’t, my grandfather wouldn’t agree to having an operation. I believe for several years she didn’t walk at all, I’ve seen photos of it, she was almost like in a pram, a sort of flat thing, like a bed I suppose, but once she was about 8 or 9, she had to learn to walk. Then she had to have special shoes, she always had to have special shoes made, because one leg was shorter than the other, so she had this built-up shoe you see. Years after, when we were adults, she went to a very good specialist, and he said it wasn’t true that she’d been dropped. In his opinion, she was born like that. If it was nowadays and you were born with one leg shorter than the other, you probably could have some kind of operation. Maybe that’s why her father spoiled her so, maybe he felt responsible. If a child was born with a deformity, you never know how you’d feel, you might feel responsible. It could have been that. I know that he did adore her, he used to buy her hats and things, but in many ways he adored her.

In 1912 Evelina married Alfred Mayer and they had four children: Ruth Kate (1913 - 2013), my mother Nora Adela (1914 - 2002), Henry Alfred (1918 - 2004), and Joyce Constance (1921 - 2002). Note that all four children were given middle names from members of their family: Katchen (Kate) Mayer, Adela Schwarzschild, Alfred Mayer, and Constance Schwarzschild. (Generally quite a nice custom, but unfortunate in the case of Henry Alfred Mayer whose schoolmates noticed that he was a Jewish boy with initials HAM!) 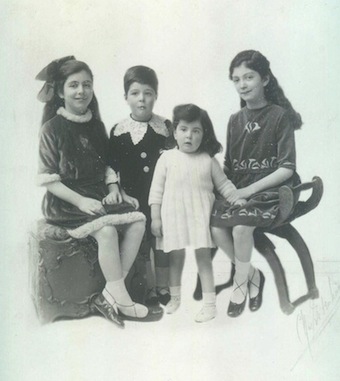 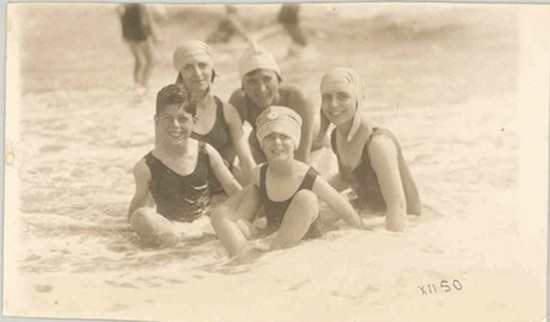 Evelina suffered two significant bereavements within six years. In 1929 her father Jacob Schwarzschild died suddenly; then in 1935 her husband Alfred Mayer died, also quite suddenly from angina at the age of 62. Nora said that after Alfred’s death “… we stayed in the house first, and then, you see, I think I told you, it wasn’t her house, it was rented, which was a great mistake. So she had no capital there, but what she did - I can’t remember how long after - my brother was taken out of school, I think I told you, but she went to live, and we all had to go with her, to a hotel in Bayswater. I can’t remember the name of it. Ruth and I had to pay our own, so we cost my mother nothing, we had to pay our own fares and clothes and everything.” In 1939 Evelina appears on the voters list at 44 Lancaster Gate, London. But after the outbreak of war she decided to move to Worthing, on the Sussex coast.

In 1955 Evelina’s youngest daughter Joyce Mayer married Leslie Jackson in Hampstead. I clearly remember the wedding celebrant commenting on Evelina’s tears during the wedding, but he misunderstood their meaning - these were definitely not the customary tears of joy. Not only had Leslie’s mother Florence lived and worked as a ladies’ maid in Evelina’s parents’ household, but the Jacksons were Christians and Joyce converted to Christianity! But the marriage was a happy one, Joyce and Leslie lived near Chelmsford until Leslie’s death in 1995 aged 75.

For much of her later life, Evelina was crippled by arthritis and used an invalid carriage as her mode of transport; in this picture she is with her grandson Keith Mayer. 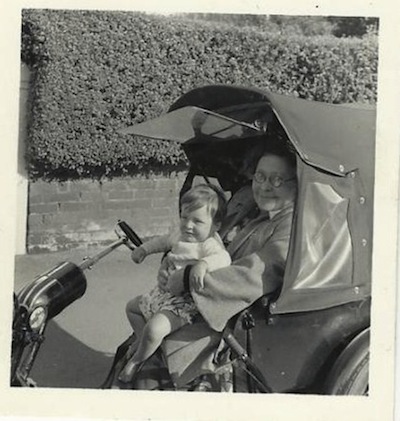 In 1964 Ruth’s husband Ted Fischeles died, aged 55. Ted’s mother Mina lived to the age of 96, dying in 1976. In 1971 Ruth married Hyman Taper (Hymie), a self-employed tailor born on 15th April 1914 in Soho, London. Hymie was very much my favourite uncle, and Ruth had some happy years in their house in Shepherds Bush, West London. Sadly Hymie died suddenly in 1983, aged 69. 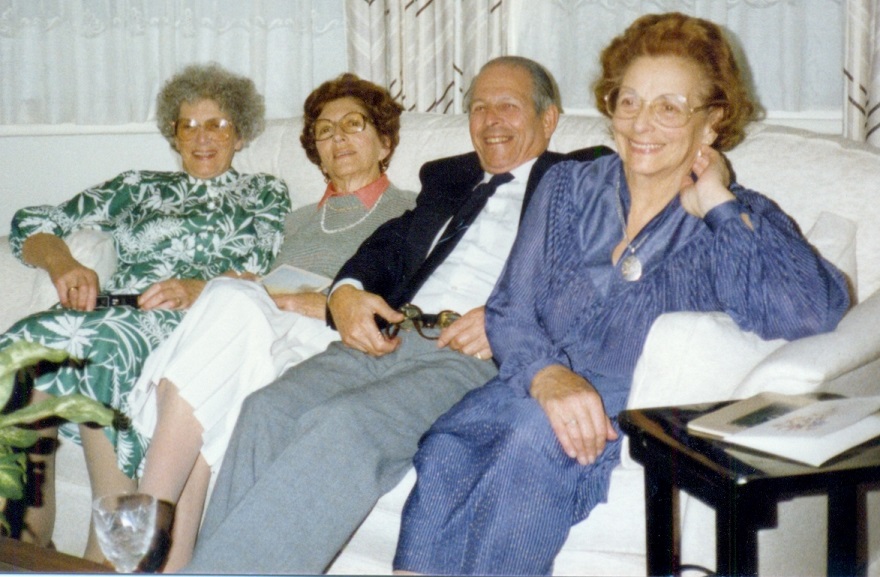 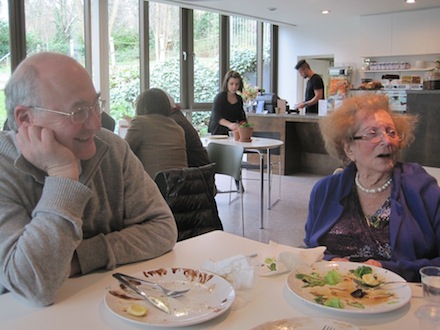 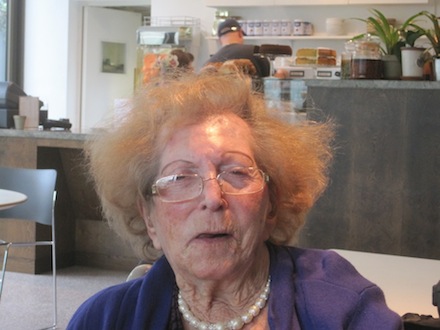