Gregory Ivanoff was born at Ostrog on 24th September 1883. His name was originally Asriel Sisserman (information in a Statutory Declaration he made in Australia in 1924). His education and early career is summarised in this poster, where he is described as “the younger brother” of Michael Zacharewitsch. 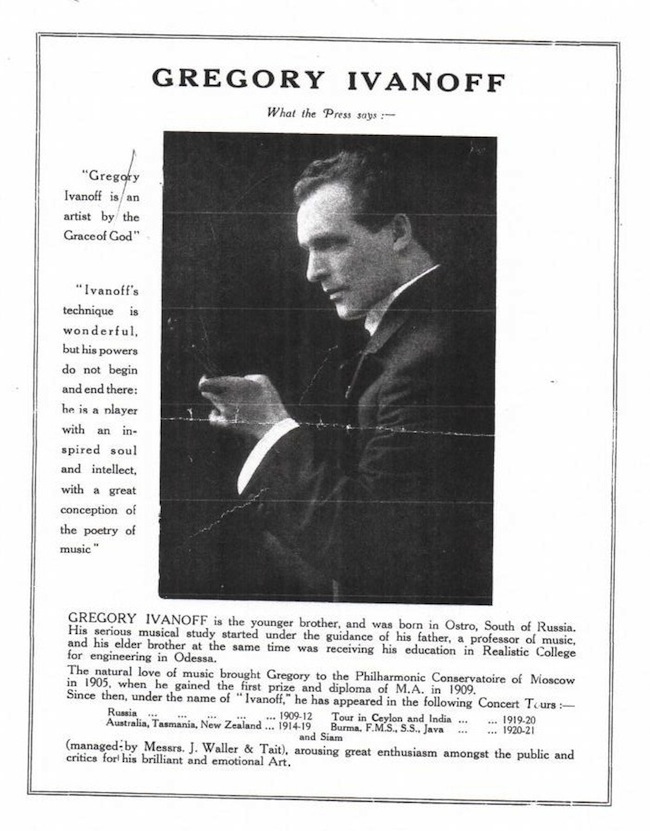 In the last quarter of 1914 Gregory married Olga Lavroff in the St Pancras district of London. Olga had been born c.1882 in Moscow. Her father was a general in the Russian Army, and she studied at Feldmann’s private German-language school for girls in St. Petersburg: her report in 1900 shows that she excelled in French and German (as well as Russian).

Soon after the marriage of Gregory and Olga they set sail for Australia. Gregory was a member of the ‘Royal Strollers’ who had been performing at the Palace Theatre, London. The Strollers were recruited to Australia by Jack Waller, who had been born in the Russian empire, his father being “a trusted Government official enjoying the confidence and friendship of the Czar.” Reports of the Strollers’ arrival in Australia listed Gregory as “director of the Grand Opera House, Moscow” and “musical director of the Czar’s famous Russian Imperial Orchestra”. The Strollers opened in Adelaide on November 28, 1914. “The opening performance will be under the Patronage and Presence of his Excellency the Governor Sir Henry Galway, and Lady Galway, and the proceeds will be given to the BELGIAN RELIEF FUND. ….. The Strollers … come with a great reputation, each artiste being a star in his or her particular speciality. The opening performance will be similar to that given before their Majesties. They have brought with them over two tons of special scenic effects to enable them to carry out their extensive repertoire of original burlesques and musical plays.” (The Advertiser (Adelaide) 14-11-1914) 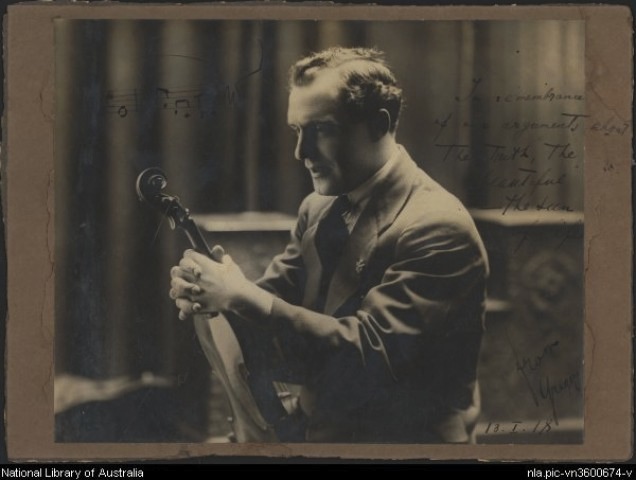 By 1917, Gregory was living in Sydney but Olga was working in Melbourne. The Sunday Times (Sydney) reported on 12-08-1917: “Artist’s Wife in Sydney. At present in Sydney is Madam Olga Ivanoff, wife of Mr. Gregory Ivanoff, the talented violinist of the Look Who’s Here Company now appearing at the Palace Theatre. Madam Ivanoff, who left England shortly after war broke out, is living in Melbourne, where she is teaching languages. She has come to Sydney on a holiday.” From 1919 to 1921 Gregory was touring in the Far East, and returned to Australia only in 1922 via London. Gregory and Olga divorced in 1924.

“GREGORY IVANOFF who nightly delights patrons at the Theatre Royal with his artistry on the violin”. Sunday Times (Perth), 20th December 1925, during season of The Midnight Frolics.

Gregory’s second wife, Dorothy Ada White (born 1900) was the sister of Eric Edgley (1899 - 1967); their mother “was the daughter of Whimsical Wharton, a renowned British circus clown. The family’s peripatetic lifestyle meant that their children had little formal education, but they certainly learnt a lot about show business. When he was nine Eric appeared with his younger brother Clement in The Eight Lancashire Lads – the comic clog dancing act that also launched Charlie Chaplin and Stan Laurel”. Two other White brothers (Edgley was a stage name) “Dick and Les, and their sister, Dorothy, had formed the singing and dancing Dick and Dorothy Trio, which usually appeared in association with Dorothy’s husband, the Russian-born violinist Gregory Ivanoff. The act played the Tivoli Circuit for Hugh D. McIntosh in 1916.” 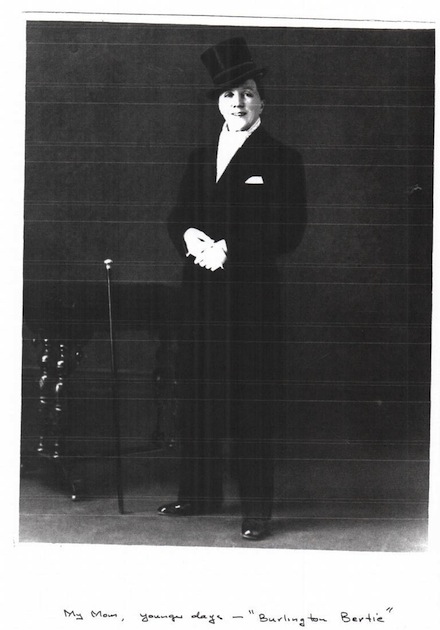 “Burlington Bertie” was a music hall song composed in 1900 and made famous by the English “drag king” Vesta Tilley. It concerns an aristocratic young idler who pursues a life of leisure in the West End of London. A sample chorus goes:

The Edgley family, Dorothy and Gregory Ivanoff, all settled in Australia in the 1920s. “In 1923 the … family assembled in Perth to launch The Midnight Frolics. The company consisted of the four brothers and one sister, plus Leslie’s wife, Nell McGuire; and violinist Gregory Ivanoff, Dorothy’s husband.” The Daily News of Perth noted (10th July 1929) that - just as the three brothers Sisserman, Zacharewitsch, and Ivanoff had adopted different surnames: “It is a coincidence that Mr. Ivanoff married into a theatrical family which, for professional reasons, also believes in changes of name. Three of his brothers-in-law are known by different names.”

In 1923 Gregory lodged an “Application for registration of a design by Gregory Ivanoff for Metal attachment for violin to act as bow guide - Class 1”.

Gregory and Dorothy were married on 21st January 1927 in Wellington, New Zealand. 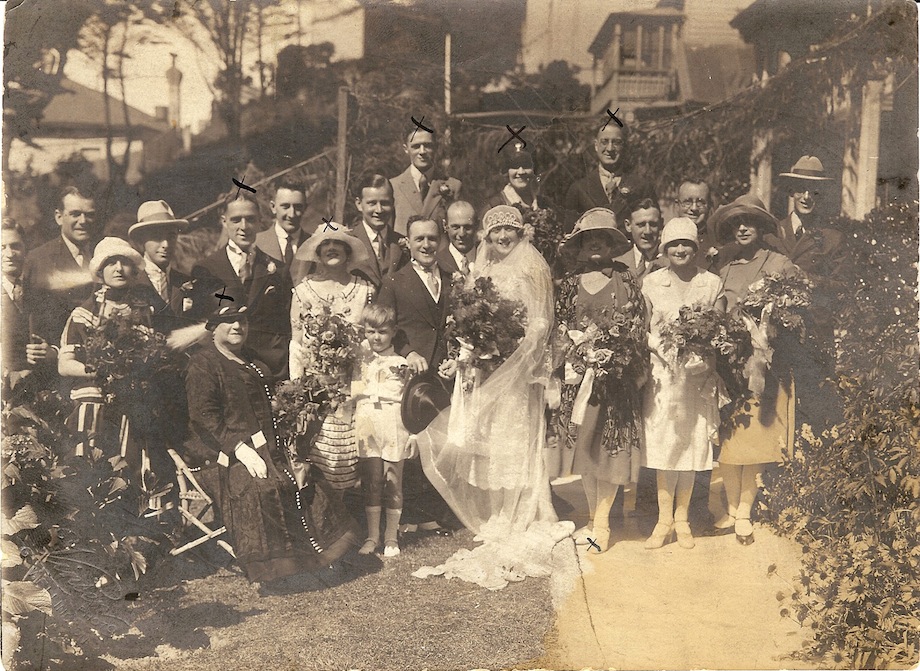 Dorothy sent this wedding photo to Gregory’s sister Sonya in New York, with a note: “This is the wedding group and all our company, including my family, mother, brothers and sisters-in-law (have marked with a cross) …. Don’t you think Grisha looks lovely. Loving, Dossia.”

Gregory’s arrival in Brisbane on 12 March 1927 aboard the Mishima Maru is logged with the name Gregory Sergevich IVANOFF.

On 5th July 1930 the Evening Post reported: “Gregory Ivanoff, the Russian violinist with the Midnight Frolics, is conductor of the orchestra with the ‘Lovelies’ Company, produced by his brothers-in-law, Messrs. Dick White and Eric Edgley, in conjunction with J.C.W., opening in Auckland tonight. Mr Ivanoff first came under the notice of New Zealand theatregoers when he toured with the Waller show, ‘Look Who’s Here’; he is the husband of Dorothy White, a member of the famous Dick and Dorothy Trio of the same company, and is a fine musician. He wields the baton with the same facility as he wields a sympathetic bow.”

On 19th December 1930 the Brisbane Courier reported thus: “Gregory Ivanoff, the brilliant violinist who will arrive in Brisbane by today’s train to take charge of the Wintergarden’s new stage band, is a member of the Zacharewitsch family. His father, a Professor of Music at the Imperial School of Odessa, while making a speciality of the ‘cello, was a noted performer of all stringed instruments. His elder brother, Mischa, ranks as one of the most brilliant violinists of the day, and his … brother David is a noted ‘cellist. Gregory Ivanoff was born at Ostrog, in the south of Russia, and began musical studies with his father at the age of eight. Later he entered the Imperial School of Odessa. He received the Grand Duchess Elizabeth Theodorovna’s entrance scholarship to the Conservatorium of Moscow, and there he received his diploma of M.A. and first prize in 1909. In the Moscow Philharmonic Conservatorium he became related to the Royal School of violin playing. He was soloist at the Theatre of Art and Drama of Moscow, and has made tours of Finland, Russia, France, Great Britain, India, Ceylon, Java, Siam, Burma. New Zealand, and Australia. He comes as the head of the Wintergarden’s new stage band whose first presentation will be given on Boxing Day.”

Gregory and Dorothy’s son Peter was born on 19th September 1930 in Brighton, Australia. This photo of Peter Ivanoff and his mother was taken in March 1933 and is inscribed to “dearest David” Sisserman. 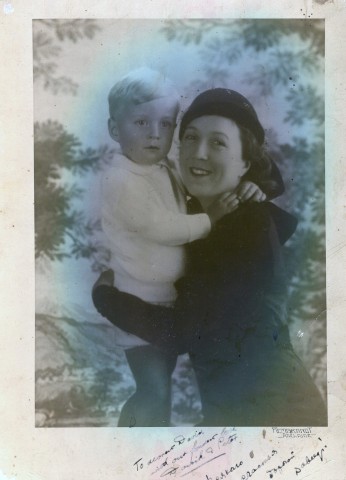 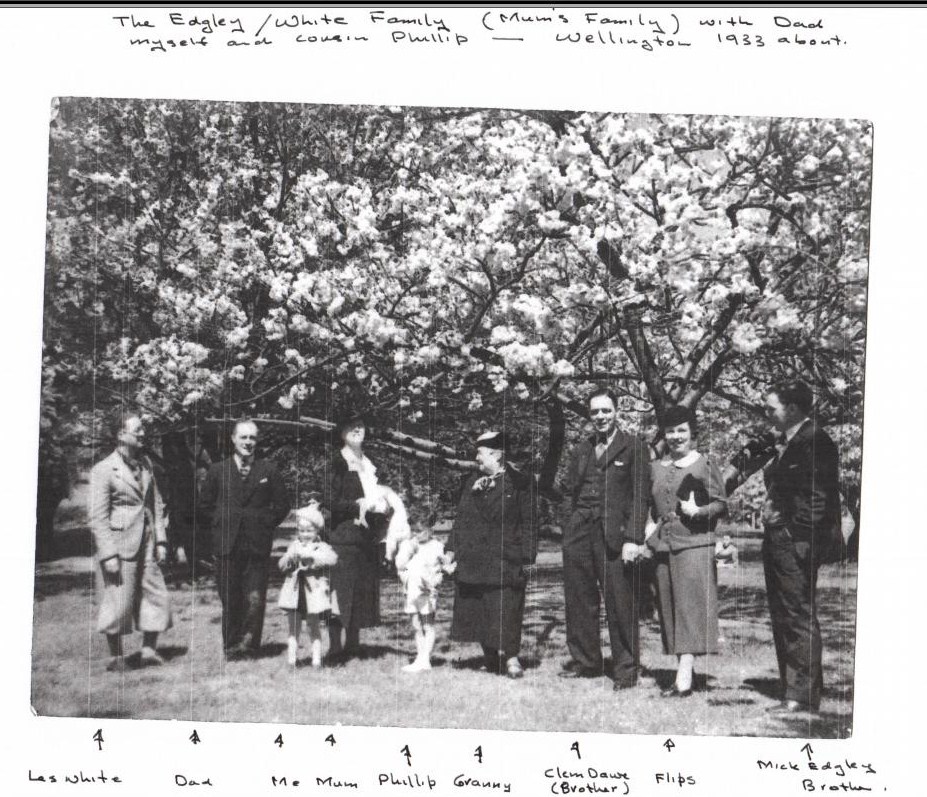 In 1934 Gregory was naturalized as an Australian citizen, again with the name Gregory Sergevitch IVANOFF.

From October 1935 to June 1937, between the ages of 5 and almost 7, Peter accompanied his parents on tour in Europe.

Gregory became musical director of the St James Theatre, Sydney, and the Australian National Archives in Sydney has papers for his Instrumental Ensemble covering 1939-1947.

He later moved to Tasmania. In the 1954 voting lists Gregory is described as a musician, his wife a proprietress, and Peter an engineer. Gregory Ivanoff broadcast, taught and gave concerts until his death in 1965, aged 82. Dorothy died in 1982 in Hobart, Tasmania.

As Peter has put it, Gregory Ivanoff “lived and died a classical violinist, it was Mum and her family who were the vaudevillians”.

Peter Ivanoff took his engineering degree in 1953 , but worked as an airline pilot from 1954 to 1999. In 1960 his skill in making an emergency landing by helicopter in Antarctica resulted in the location being renamed Ivanoff Head. He lives with his wife Lainie in Melbourne where he runs a design company.

Peter with Lainie on her birthday, July 2015 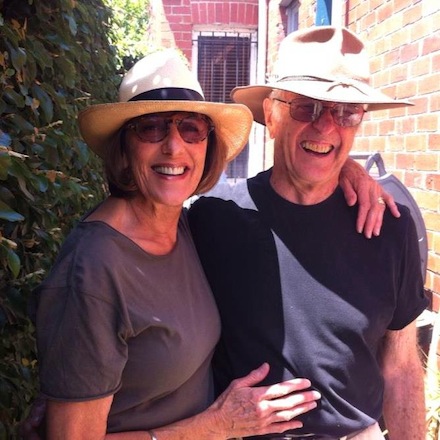 Thanks to Peter Ivanoff for family photos.