Sonya was born in Kiev on 22nd September 1894. Her mother died in 1904 when Sonya was 9 years old. In 1906 she was living with her father in Canterbury, Kent, and attending the Simon Langton School for Girls. Her school report in Winter Term 1906 says that she “shows ability but no inclination to use her powers”, and her report for the Spring Term 1907 comments that she “shows plenty of intelligence but no application” - she was almost bottom of the class. Apparently Sonya treasured these school reports, because they were among her papers when she died 90 years later! A copy of Sonya’s reports is now lodged in the archives of the Simon Langton Girls’ Grammar School; the Headteacher agrees that they are “absolutely wonderful!”

The 1911 census for Canterbury lists “Zonya,” a student aged 17, living with her father “Zachar Zacharewitch”, a widower and “Professor of Music” working on his own account. They were “visitors” (lodgers) in the family of Mr Williams, a plumber.

On her father Zelig’s British naturalisation document of October 1913, Sonya is recorded as “Sara Beila aged 19”. But the following month, when she sang with Fanny Copeland at the National Indian Association, Sonya used the stage name Sonya Ivanoff (after her brother Gregory). 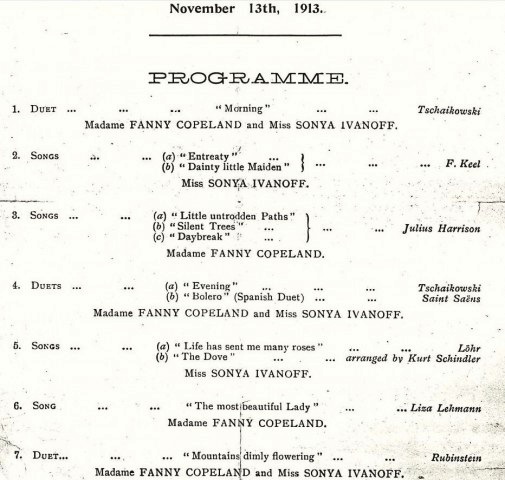 The following year she was performing with the London Balalaika Orchestra: 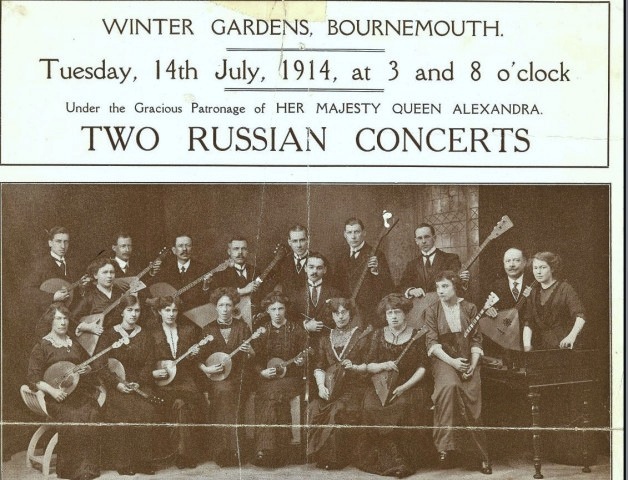 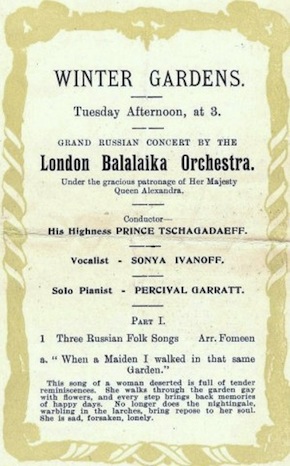 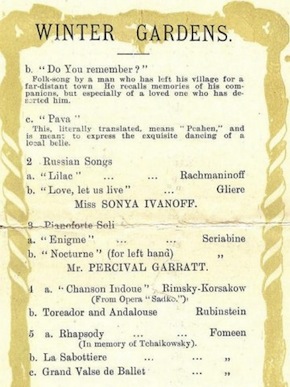 On June 14th 1915 Sonya (aged 20) married Jacques Merkel at the NorthWest London Synagogue, St Pancras. The marriage certificate, like the naturalisation document of 1913, records her name as “Sara Beila Zisserman”. Jacques Merkel was aged 22 and a “Student of Languages”. The address of both is given as 2 St George’s Square, Regents Park, London. Sonya’s father, Zelig Zisserman, is listed as Professor of Music; the father of Jacques was already deceased.

Sonya’s husband had also been born in Russia. He soon dropped the name “Jacques” and became “James” in English or “Yasha” among Russians.

Sonya used the surname Merkel during her first marriage. The birth of her daughter Eugenia Merkel was registered in Jan-March 1916 for the Holborn district of London; Sonya’s maiden surname was listed as Zisserman.

Photo of Jacques Merkel as a young man; and Sonya with her infant daughter Eugenie in London 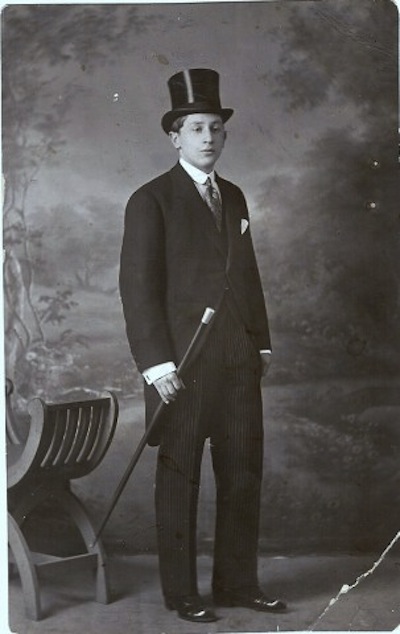 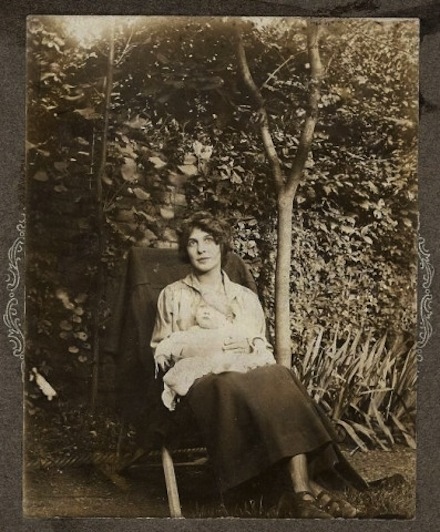 Eugenia sadly died aged 1 year (her death was registered in Jan-March 1917 for the St Giles District of London) and Sonya had no other children. This photo of Eugenia was found among Sonya’s papers after her own death in 1996. 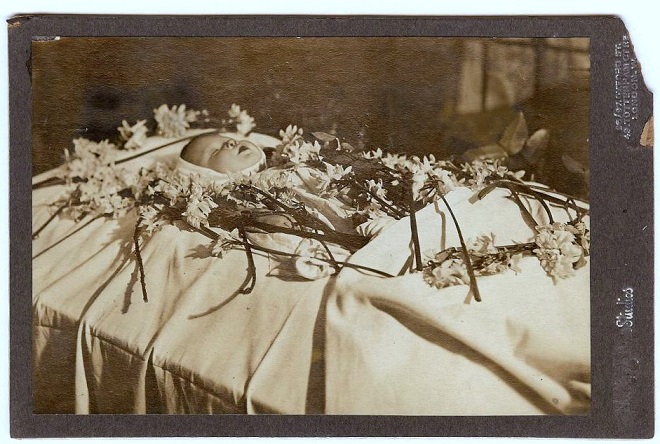 James was in Shanghai when Eugenia died. Later in 1917 Sonya left England and apparently never returned; she joined James Merkel in Moscow, where he was working for a Russian import company, and then China. Her father wrote to her in China in 1920 (shortly before his death), and her address in March 1921 was in the city of Tientsin. A ship’s manifest of 1922 shows both Sonya and James Merkel coming into San Francisco from China. Some years later, when Sonya completed a Petition for Naturalization as a U.S citizen, she declared that she had arrived in New York from Japan on 9th August 1922. (Japan - because the departure port of Dalian was under Japanese occupation at that time.)

In 1924 Sonya was involved in the running of the Beethoven Society, Inc., which held its AGM at the famous Hotel Astor on Times Square.

Photo of Jacques Merkel in a letter (written in Russian) to Sonya from China, 1925; and Sonya in New York 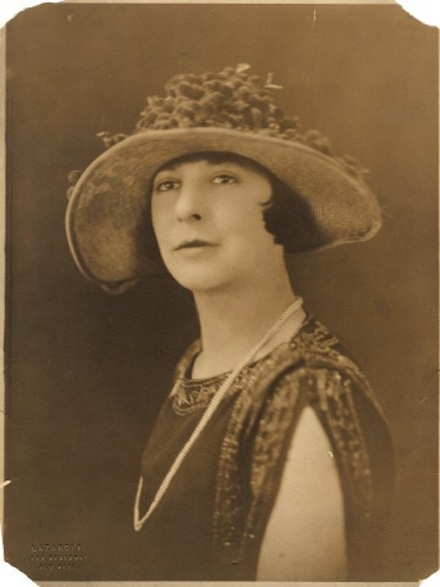 James Merkel worked for several more years in China: in May 1925, three years after Sonya had left for the U.S.A., he was still living in Tientsin and working for an export company. His 1925 letter to Sonya is addressed to “Mrs J. Merkel”, 27 West 88th Street, New York.

Sonya’s Certificate of Naturalization as a U.S citizen is dated 1st April 1929. Her Petition for Naturalization as a U.S citizen states that she was a subject of the State of Russia, had first registered her intention to apply for U.S Citizenship on 22nd September 1925, and was divorced from her husband James who was also born in Russia and whose place of residence was “unknown”. Her occupation was “Perfume demonstrator”. Her address is now 2682 Broadway.

In 1939 Sonya married Michel Chamine. He had been born on 25 December 1880 in Kharkov, Russia, the second largest city in what is now Ukraine. He emigrated to the U.S. in 1922 with his wife Faina and sons Bernard (aged 14, born 1908) and Boris (aged 12, born 1910). This photo is on the visa issued on 8 November 1922 at the American Consulate, Constantinople (now Istanbul). Michel Chamine was also a musician, and on the 1922 visa declared that he read both Russian and Hebrew. 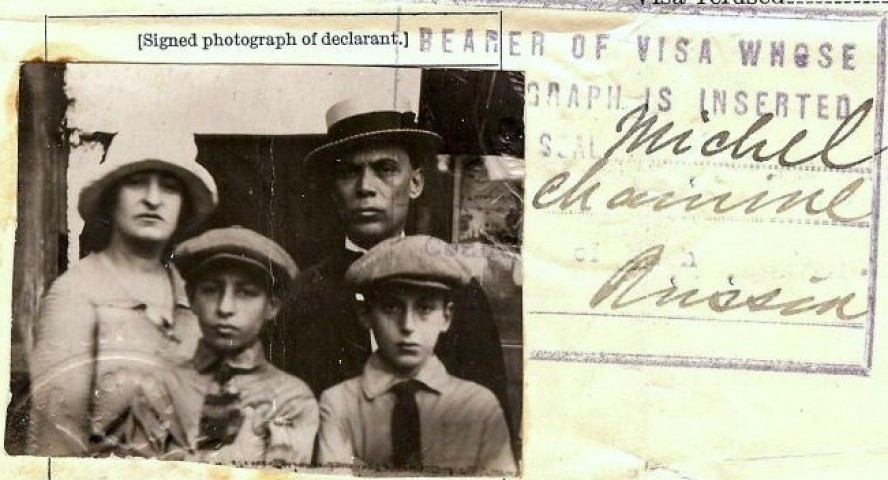 By the time of the 1930 census, Michel Chamine had become “Michael” in English (“Mischa” among Russians), and was listed as a musician working in a night club. His wife now went by the name of Fannie. Michael Chamine divorced Fannie, and on 12th March 1939 he and Sonya were married in New York; she was known thereafter as Sonya Chamine and performed as “Sonya Chamina”. In 1942 Michael was aged 61 and working at a Music Project on Park Avenue. Sonya’s address in 1947 was 207 East 14th Street and she was there at least until 1967. Michael Chamine died in 1962.

Michael’s elder son Barnard Chamine died in 1978; the younger son Boris was later known as Robert Boris and died in 1989. 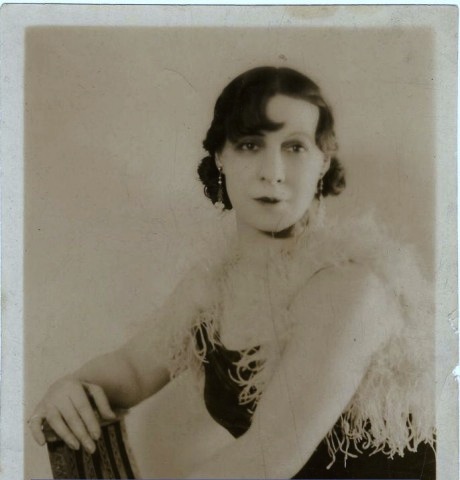 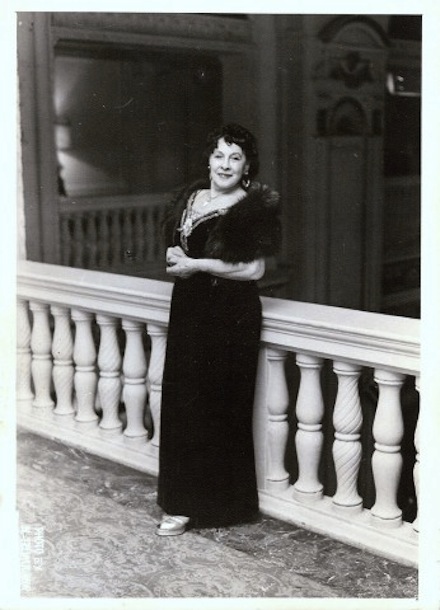 Among Sonya’s friends in New York were Evelyn Jeane (born 1893) - like Sonya a professional singer - and her husband Zaven Shah-Nazaroff (born 1909). Following Evelyn’s death in 1974, Sonya and Zaven shared an appartment and were a devoted couple. Zaven died in 1989. When Sonya herself died in 1996, aged 101, Zaven’s name was included on her gravestone: 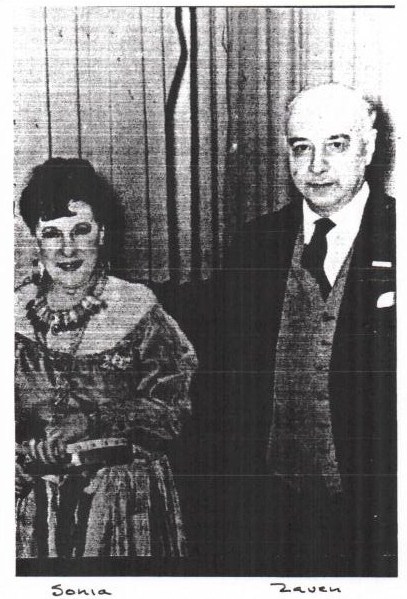 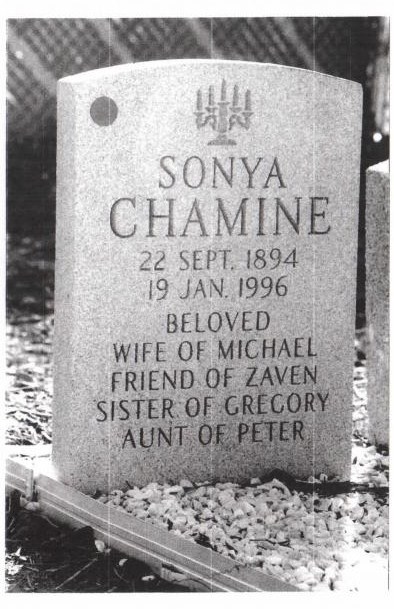 Sonya’s first husband, James Merkel, re-married and his grandson from his second marriage, David Kopaska-Merkel, has posted this from 1961: 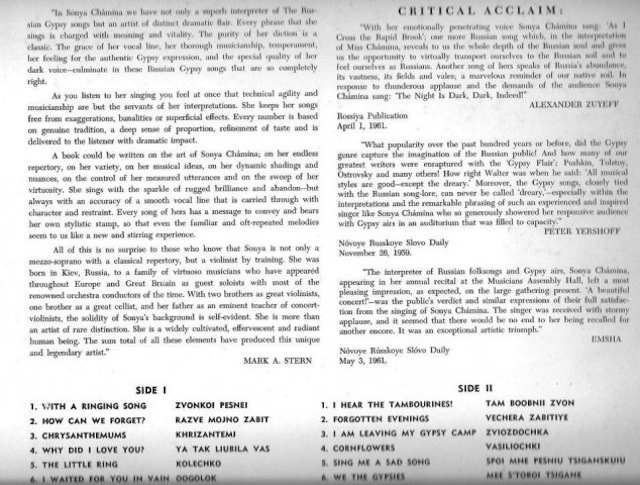 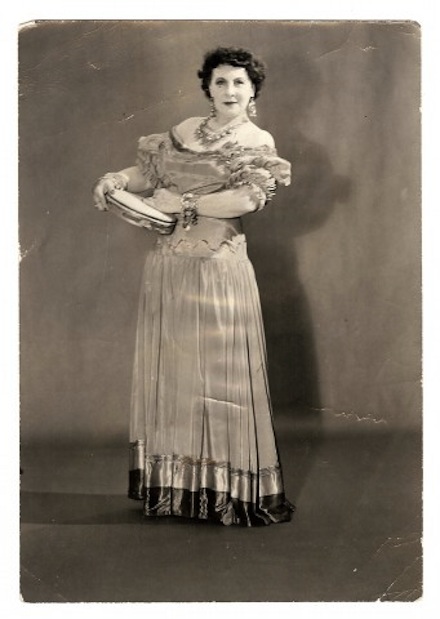 Thanks to Peter Ivanoff, Guy Fairstein and John Spritz for copies of photos, letters, etc from the estate of Sonya Chamina.